Kylie Jenner insists her close friend Justin Bieber is ''humble'' and a ''good guy'' despite reports of his wild behaviour, and she also admits to a crush on the pop hunk. 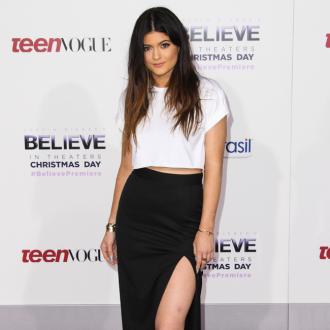 The 16-year-old reality TV star says she doesn't buy into reports of Justin's wild behaviour and despite the pop star having a tumultuous year - including complaints from his neighbours and heated arguments with paparazzi photographers - Kylie believes he is a good person at heart.

Speaking to E! News at the premiere of Justin's new documentary 'Believe' in Los Angeles this week, she said: ''He's always been so nice and he's such a good guy despite what everyone says about him. I think he's amazing. He's just been a great friend.

Kylie - who is the daughter of Kris and Bruce Jenner - also admitted she has a crush on her 19-year-old pop, adding: ''Doesn't every girl think he's cute?''

The 'Keeping Up with the Kardashians' star and her rumoured beau Jaden Smith are close friends with the 'Confident' singer and even joined him on his recent 'Believe' tour in London earlier this year.

While Kylie has played coy about her alleged romance with Jaden, 15, she does count him among her closest friends.

She previously said: ''He makes me laugh and he is a great dancer.''