Kylie Is The Richest Of The Kardashian/Jenner Siblings

New mum Kylie Jenner has even more to be excited about this week after being revealed as the richest Kardashian/Jenner sibling by quite some way. The 20-year-old cosmetics queen now has a globally successful beauty empire which is worth a staggering $386million. 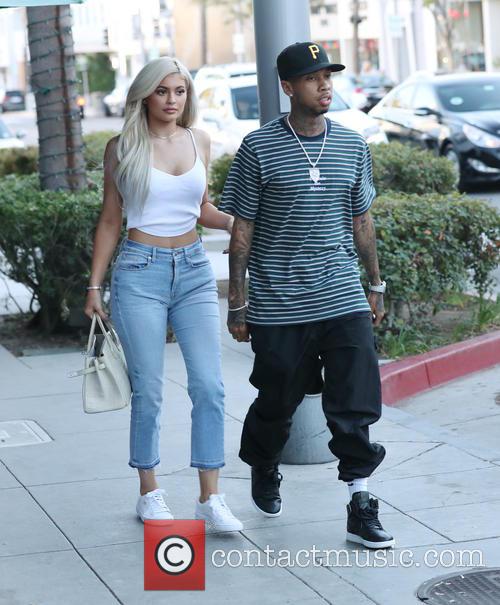 Kylie’s Lip Kit was meant to be a fun hobby but now the reality star has 5,000 branded lipsticks that have been created for sale and her business has a projected worth of $1billion by 2022.

The youngest Kardashian/Jenner stands far ahead of her other siblings with Kim Kardashian West trailing in second with a mere $175million net worth, comparatively.

Kylie - who welcomed her first child, a baby girl, with boyfriend, Travis Scott on 2 Feb - was interviewed by her mum, Kris Jenner, for LOVE magazine about the passion for her brand.

MORE: Kylie Jenner's Emotional Birth Reveal Is Better Than Anyone Could Have Hoped

She said: "I think truly, I put a lot of hard work into this. It's not like I am doing this to make money. I don't even think about that part.

"I haven't even dipped my toes in yet. There are so many products that I have yet to do. That will take years."

Speaking about the pressure she feels being in the constant spotlight, Kylie added: "I know I feel pressure when I go out, even if it's to go to the grocery store to do an errand."

MORE: Have Kylie Jenner And Travis Scott Broken Up?

Trailing behind both Kylie and Kim with only double figure millions is Khloe Kardashian - who is also expecting her first child - with $40million net worth.

Oldest sister Kourtney Kardashian is worth $35 million, supermodel Kendall Jenner is worth $18 million and the only boy of the pack, reclusive brother, Robert Kardashian, is worth $6 million.

Kylie kept her pregnancy under wraps for all of the nine months but since the birth of her daughter has released an 11-minute video detailing her journey, which includes intimate pictures and the first glimpse of Kim Kardashian West’s youngest daughter, Chicago.