Kylie Jenner and boyfriend Tyga insist that disagreements between them are rare and don't last long. 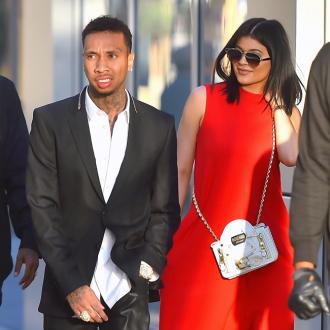 The 18-year-old reality TV star and the 25-year-old rapper insist they prefer to focus on the ''fun things in life'' and disagreements between them rarely last long.

In a Q&A posted on Kylie's app, Tyga said: ''We disagree sometimes, but we don't really fight,'' and Kylie added: ''If we get mad at each other, we just start laughing.''

Tyga - who has a two-year-old son King Cairo with his former fiancee Blac Chyna - also insisted that the pair try to ignore negativity and just focus on the positives in their lives.

''You can't live for other people, you know? You gotta live for yourself and better the people around you and make an impact.''