Reality Tv Star Khloe Kardashian Has Come To The Defence Of Her Teenage Sister Kylie Jenner's Reported Romance With 25-Year-old Rapper Tyga, Revealing She Was Was Sleeping With Older Men At Her Sibling's Age. 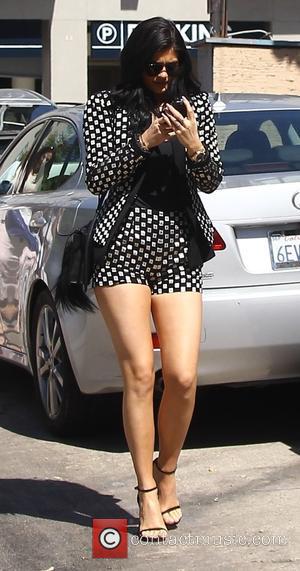 Kim Kardashian's half-sister Kylie, 17, and the Rack City hitmaker have been the target of criticism for months, since the age of consent in most U.S. states is 18 years old.

While neither have confirmed the romance, Khloe tells Complex magazine that she has no problem with the controversial relationship, not only because Kylie's lifestyle is more mature and advanced than a typical teen, but also because she has been in a similar underage romance as well.

She says, "I think at 16 I was probably f**king someone that was in their 20s, for sure. I wouldn't say I was even dating, probably just sleeping with them.

"But again, Kylie is not a normal 17 year old. You're not gonna say, 'Hey, so what are you doing this weekend?' and have her say, 'Having a slumber party at my girlfriend's,' or 'Going to prom.' That's not what Kylie does.

"Kylie is taking business meetings and bought her first house, or she's going on a private plane with (fashion designer) Karl Lagerfeld to take a meeting. That's not even what people do in their 30s. It's a rare circumstance, so let's treat this as a special case."