The sisters and some friends were forced to call for help when their elevator broke.

Drama ensued for the youngest 'Keeping Up With The Kardashians' sisters, Kendall Jenner and Kylie Jenner, when they found themselves stuck in the elevator of an apartment block with some friends after a leaving a New York Fashion Week after party last night (September 8th 2016). 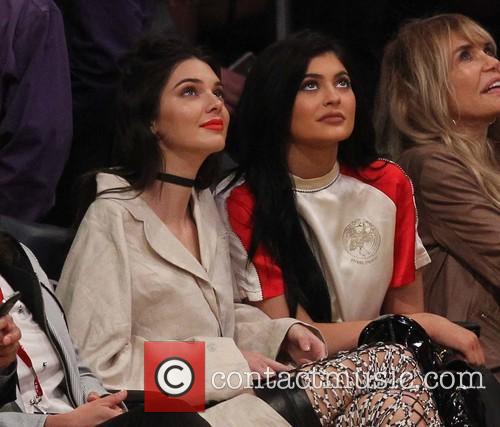 Kendall and Kylie Jenner get trapped in an elevator

Kendall and Kylie Jenner took the elevator as they left a NYFW party on Thursday night but found themselves stationary and unable to open the doors as they descended. Kylie's beau Tyga joined them with models Jordyn Woods and Hailey Baldwin, and they reportedly had nothing but a granola bar to eat between them; rations that would certainly not do had the Fire Department of the City of New York not rescued them shortly afterwards.

It didn't seem like they were too concerned about their adventure, however, as they made sure to Snapchat their way through the whole episode. 'So my worst nightmare just happened. We are stuck in the elevator', said Kylie in one of her videos, as Hailey said: 'This is crazy, I'm dying.'

'We're actually stuck in an elevator in real life, like, I never thought this would actually happen', said Kendall in her videoo. 'I'm genuinely so terrified and hungry.' They even invited the Fire Department to join them for a photo before they left.

These guys aren't the first stars to find themselves trapped in this kind of claustrophobia situation. Back in 2005, Benicio Del Toro got stuck in an elevator at Cannes Film Festival with Penelope Cruz and her mother, but he managed to lift them out by himself before help arrived. The following year, Coldplay's Chris Martin found himself in the same situation at a hotel in Australia, and in 2012, Mila Kunis got trapped for 45 minutes in New York City.

Don't know about you, but we're taking the stairs from now on.