Kendall and Kylie Jenner reportedly acting out because they are are desperate for their parents, Bruce and Kris Jenner, to get back together. 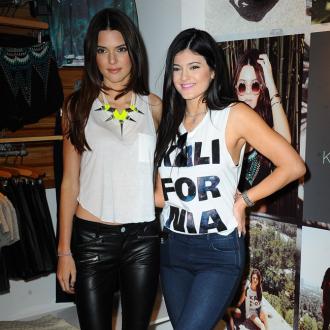 Kendall and Kylie Jenner are desperate for their parents to get back together.

The teen reality stars, who were accused of using fake IDs to party at an over-21s nightclub in Hollywood earlier this month and of trying to obtain alcohol in a hotel bar, are reportedly acting out as they are extremely upset that their father, Bruce Jenner, and mother, Kris Jenner, recently ended their marriage after 22 years.

An insider told HollywoodLife.com: ''It's not like Kris and Bruce sat down with Kylie and Kendall and discussed what was really happening with their marriage. Kylie's still doesn't understand why the two people she loves the most aren't together any more and why they plan on taping their dating lives on 'Keeping Up with the Kardashians.' ''

Kylie, 16, allegedly stormed out of a plush hotel in Beverly Hills in a fit of temper last week after the bar staff refused to supply her and her under aged pals with some booze.

But the insider added: ''Kylie's out-of-control, diva behaviour is a direct result of Kris and Bruce Jenner separating.

''Kylie has taken their split hard and has been having a tough time ever since. She's been acting out and it's her desperate way of trying to bring her parents back together.''

Budding model Kendall, 17, and her younger sister are also upset about rumours their half-sister, Khloe Kardashian's marriage to Lamar Odom is on the rocks amid rumours he cheated on her and was abusing drugs over a long period of time until recently.