Kendall and Kylie Jenner named among influential teens of 2014

Kendall and Kylie Jenner have been listed alongside Jaden Smith and Lorde on Time magazine's most influential teens of 2014. 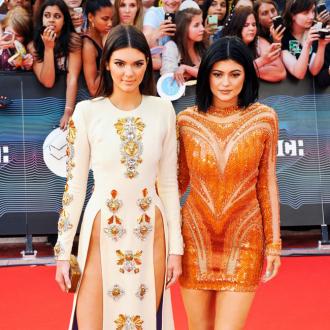 Kendall and Kylie Jenner have made it onto Time magazine's most influential teens of 2014.

The reality TV sisters have been named on the annual list alongside the youngest-ever Nobel Peace Prize recipient Malala Yousafzai, 17, and transgender activist Jazz Jennings, 14.

The young stars were recognised for their business ventures, hosting red carpet events and even publishing their own novel.

The magazine states: ''Together, the 'Keeping Up With the Kardashians' co-stars hosted red-carpet events, released clothing and nail polish lines and even published a dystopian young-adult novel this past summer (though yes, they had some help).

''But they've had solo success too - Kendall with modelling (she's walked the runway for designers like Marc Jacobs) and Kylie with pseudo-entrepreneurship (she's launching a line of hair extensions and hopes to get into acting). Next up: a multimillion-dollar mobile game?''

Also acknowledged on the list is Will Smith's son Jayden, 16, who is credited for his ''Twitter musings'.

The magazine reads: ''His real legacy may well be his Twitter musings, which are equal parts absurdist ('Anything You See In Any Magazine Ever Is Fake.'') and insightful ('Once You Witness A Cycle Enough Times You Step Out Of It.'), earning him more than five million followers and labels like, 'Confucius for the Internet age.'

''One of Smith's recent posts sums him up pretty well: 'Hate Me Love Me Doesn't Matter I'm Still Occupying Time Inside Of Your Psyche.' (sic)''

Time magazine's 25 Most Influential Teens of 2014: