Kendall and Kylie Jenner partied at another West Hollywood nightclub with their father Bruce Jenner on Saturday night (19.10.13) but it was open to all ages. 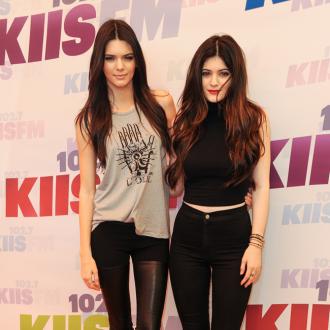 Kendall and Kylie Jenner partied at another West Hollywood nightclub on Saturday night (19.10.13).

The 'Keeping Up with the Kardashians' stars, who allegedly used fake IDs to get into an over-21s venue on Tuesday night (15.10.13), joined their newly single father Bruce Jenner at the Troubadour to watch their half-brother Brandon Jenner perform with his wife Leah.

A source told gossip website TMZ.com that Kendall, 17, and Kylie, 16, weren't ID'd at the door because it was an all-ages event.

Earlier this week the models and fashion designers, whose parents recently announced they had separated after 22 years of marriage, were photographed leaving the Vignette lounge, which boasts it delivers ''a new, voyeuristic, hip hop and nudity nightclub experience,'' and features topless dancers.

The club's manager said that both girls presented IDs at the door showing them to be over 21 years old, the legal age to drink alcohol and enter a nightclub in the U.S, but their mother Kris Jenner later insisted it was a ''big misunderstanding.''

An official for the Department of Alcoholic Beverage Control said it may launch an investigation as both the girls and the club appeared to have broken the law.