Hollywood Actress Jessica Alba Was Convinced She Had Been Caught Up In A Major Emergency At A Fashion Show Over The Weekend (Beg14sep15) When She Was Shoved Out Of The Way By Bodyguards Escorting Reality Tv Star Kylie Jenner. 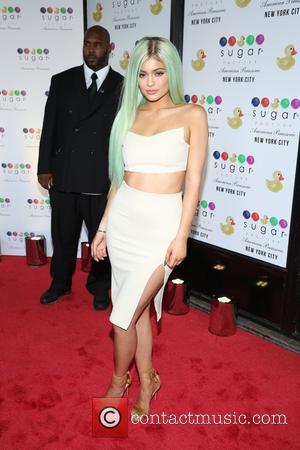 The Sin City star was attending Opening Ceremony's runway event at New York Fashion Week on Sunday (13Sep15), and reports suggested she had become caught up in a clash with a security teamed hired to protect Kim Kardashian's younger half-sister.

Alba has now confirmed the "shocking" incident and compared it to a move in ice hockey known as bodychecking, in which players are brutally shoved out of the way.

She tells U.S. TV show Watch What Happens Live, "I got like body checked... Yeah, and it was like, by two of them (Jenner's bodyguards). I was like, 'Whoa, whoa! What's happening?' I thought there was like a fire. Like, I was like, 'What's going on?' But I guess someone was just leaving the building... It was just really shocking."