As the premiere of the 'Twin Peaks' revival draws ever nearer, we are still none the wiser as to what the new plot involves. There are a smattering of new stars whose characters we don't yet know, but there are some returning roles including Kyle MacLachlan as Dale Cooper. 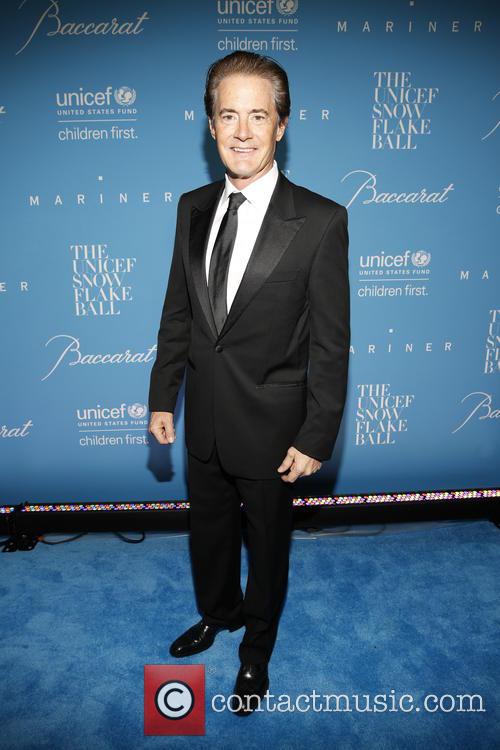 Kyle appeared on 'The Tonight Show Starring Jimmy Fallon' to talk about his return to the David Lynch TV show and to show off his Funko Pop! Vinyl Figure of Dale Cooper. While he couldn't actually say much about what's coming, he did insist that it would be completely different.

'This is gonna be like something like you've never, ever seen before on television', he told Jimmy. 'I don't think in film either. This is gonna be earth-shattering, so I'm excited.'

Kyle has quite the rapport with series creator David Lynch, with whom he had previously worked on 'Dune' and 'Blue Velvet' before joining the cast for the 90s TV show. 'He's the nicest guy', he said of David. 'From the first time we met we just connected, we clicked.'

As frustrating as it is to still be kept in the dark about what we can expect from the 'Twin Peaks' revival, Kyle did treat Jimmy Fallon to his famous catchphrase. 'What I can say is this one thing; it was damn good coffee', he quipped.