Bosses At America's Showtime Network Have Doubled The Number Of Episodes Of David Lynch's Cult Tv Series Twin Peaks From Nine To 18 As The Much-anticipated Revival Airs Next Year (16). 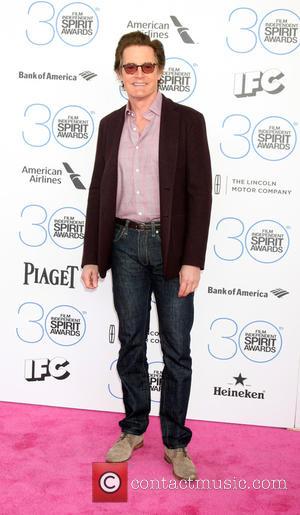 Network executives confirmed last October (14) that the mystery drama would return to screens for nine episodes in 2016 to mark the show's 25th anniversary.

Creator Lynch recently signed on for the reboot after leaving the project last month (Apr15) over a budget dispute with studio bosses.

But now that he is back on board, Showtime officials have decided to expand the revival with nine more episodes, according to cast members Sherilyn Fenn and Sheryl Lee.

The actresses revealed the news during a Twin Peaks panel at fan festival Crypticon in Seattle, Washington on Saturday (23May15), and they also let slip that Angelo Badalamenti, the who created the original series' memorable theme song and music, will also return to create brand new music for the show.

In addition to Lee and Fenn, lead actor Kyle MacLachlan is also slated to reprise his role as FBI Agent Dale Cooper.