MacLachlan is officially returning as Dale Cooper in the 'Twin Peaks' reboot.

Kyle MacLachlan has been confirmed to return as Special Agent Dale Cooper in the Twin Peaks reboot. The actor appeared at Monday's Showtime panel at the Television Critics Association press tour - "You look like you need a damn fine cup of coffee", he said, sauntering on-stage in character. 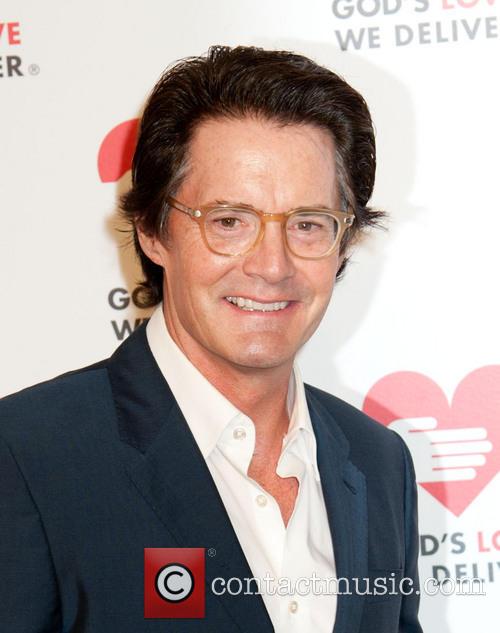 Kyle MacLachlan is returning for the Twin Peaks reboot

Showtime president David Nevins fleshed out the new series for the gathered journalists, "He'll be leading the show, and there'll be more cast coming on as we roll through."

MacLachlan had started dropping hints of his involvement after news broke of the new reboot to David Lynch and Mark Frost's seminal 90's mystery drama in October.

"I think it's something they've been toying with for a long time," Nevins said. "I think in David's mind, 25 years seemed like the magic number."

Before leaving the show, MacLachlan got a laugh and some applause by telling the crowd, "I'm very excited to return to the strange world of Twin Peaks. May the forest be with you."

In a smaller discussion with journalists later in the afternoon, Nevins confirmed that more of the original cast would be joining the reboot as filming approached, though the reboot will not premiere until 2016.

Some speculation had suggested Twin Peaks could be reborn on Netflix, but speaking with the Hollywood Reporter, Frost confirmed that no talks took place.

"You know, we never got to that point," he said of meeting Netflix, "We had that first meeting [with Showtime], and it was so encouraging, it didn't feel like there was a need to go anywhere else. I know there's been this whole emphasis on binge watching - and a lot of people have done that to our show - but I think when you're unveiling hours, there's something to be said for spacing it out. Give people a chapter at a time, instead of the whole book."

More: It's official: Twin Peaks is returning for season 3