Kyle Gallner has teased that 'Scream 5' will please fans of the first 1996 slasher flick will be pleased with upcoming sequel because it contains much of the same "magic" as the original. 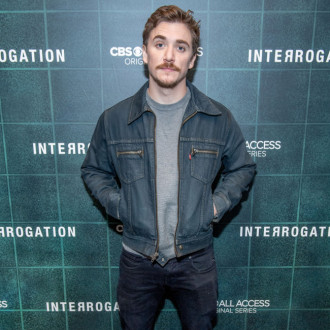 Kyle Gallner has teased that 'Scream 5' has similarities to the original film.

The 33-year-old actor is set to feature in the horror flick in an undisclosed role and he has assured diehard 'Scream' fans that it will have the "magic" of the original movie, which was released in 1996.

Asked what he would say to fans worried that 'Scream 5' will not live up to expectations, Kyle told Collider: "Yes. And I'm the first one to be like, 'Eh, ya know...' No, no, no. What I found really, really cool about the script is there's a lot of that kind of magic that the first one had, which is really cool. I think the people who love the original are gonna really dig this."

Kyle also backed filmmaker Tyler Gillett – who is co-directing the project with Matt Bettinelli-Olpin – to succeed with the slasher flick.

He said: "I have a lot of faith in Tyler because I love 'Ready or Not' and I've known Tyler for many years, and I know it's gonna be good, so I'm excited.”

Kyle's comments echo the thoughts of co-star Jenna Ortega, who previously claimed that the film fits "perfectly" into the 'Scream' franchise and was thrilled at the prospect of working with original cast members such as Neve Campbell and David Arquette.

The 18-year-old actress explained: "It fits perfectly (in the franchise).

"Also how incredible that we have the main cast coming back. That is insane to me... throughout the years, the franchise has done really well at calling back and bringing some sort of nostalgic aspects to the script. I'll definitely say that there are some here."

The 'Jane the Virgin' star also revealed that she had fulfilled a dream by appearing in the horror series.

Jenna said: "I don't even think there are words in the English language to correctly express how happy, excited and nervous I am for this journey. It's just so amazing to me."