Kate Hudson's Estranged Dad Bill Has Urged The Actress And Her Brother Oliver To Change Their Names Following A Major Snub On Father's Day Earlier This Month (Jun15). 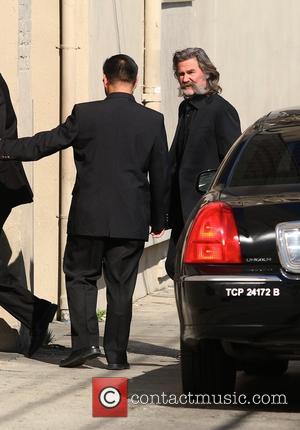 Actor Oliver Hudson posted an old family picture of himself as a child with Bill and sister Kate on Instagram.com, adding the caption, "Happy abandonment day."

Bill Hudson, who divorced Oliver and Kate's mum Goldie Hawn in 1980, has now condemned the social media post as "vicious" and urged his famous children to drop his last name.

He tells Britain's Mail on Sunday newspaper, "I had five birth children but I now consider myself a father of three. I no longer recognise Oliver and Kate as my own. I would ask them to stop using the Hudson name. They are no longer a part of my life. Oliver's Instagram post was a malicious, vicious, premeditated attack..."

After Bill and Goldie's divorce, the children were largely raised by the actress and her longtime partner Kurt Russell.