Frances Bean Cobain, the daughter of the late Nirvana frontman Kurt Cobain, is married! The 23-year-old wed musician Isaiah Silva, her boyfriend of five years, in a top secret ceremony. The nuptials were so secret that not even Frances’ mother, Courtney Love was informed until after the ceremony was over.

Frances Bean Cobain and Isaiah Silva photographed together in 2010.

The wedding was very small with only a few of Frances and Isaiah’s close friends on hand as witnesses. It is not certain when the wedding took place but the news was confirmed by sources speaking to multiple news outlets on Wednesday (23rd September).

Frances rang her mother soon after the ceremony and told her about the wedding. Sources claim Courtney is “sad” about not being invited but that she understands Frances’ reasons behind wanting a small, private wedding.

“Frances is totally loved up with Isaiah, but she’s never been one to broadcast it to the world,” a source told the Mirror.

“She only invited a close circle of friends to the party, and then phoned her mum afterwards to tell her the good news.”

“Courtney is sad she wasn’t there but she totally understands that Frances is her own person and she’s happy to let her do her own thing,” the source continued. “Plus, Isaiah is a really nice guy.”

“Courtney and Frances have had a strained relationship over the years, but after tons of fallouts they actually get on quite well now,” the source added.

Frances is following in her father’s footsteps by having a low key wedding. Kurt and Courtney married in Hawaii in 1992 in front of just eight guests. Famously, Kurt wore pyjamas to the ceremony. 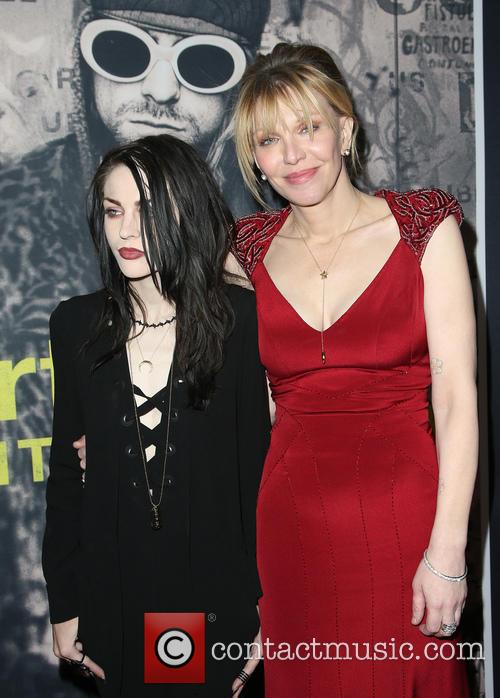 Frances Bean Cobain and Courtney Love at the L.A. premiere of Montage of a Heck in April 2015.