Frances Bean Cobain has no memories of Kurt

Courtney Love says her late husband Kurt Cobain is like ''Santa Claus'' to their daughter Frances Bean, because she has no memories of the rocker. 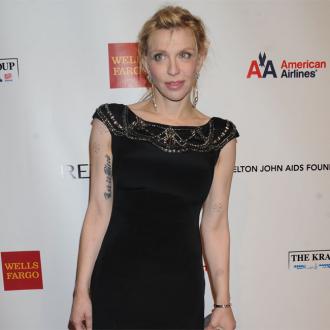 Kurt Cobain is like ''Santa Claus'' to his daughter.

Frances Bean Cobain was just a baby when her famous father committed suicide in 1994 and her mother Courtney Love says it is hard for the 21-year-old artist to hear other people's stories and memories of her dad because she has none herself.

Courtney said: ''You have to put yourself in Franny's shoes when it comes to her father because she feels like she's related to Santa Claus. Like, everyone loves him but she says she retains no memory of Santa Claus.

''Whereas I can remember him, his laugh, what he was like in bed, and how he was with her.''

Courtney - who, like her late spouse, has battled drug addiction - feels grateful her daughter is ''sensible'' and hopes she won't follow in her parents' footsteps.

She said: ''The cool thing about Frances is that she knows she's related to two junkies.

''I mean, she might smoke pot, maybe, but she's sensible. I thank God she was never introduced to prescription drugs when she was grown up.''

The Hole singer is incredibly proud of her daughter - who she was estranged from from 2009 until last year - though says her beauty ''freaks her out''.

She said: ''We're great now, we live four doors down from each other in LA.

''She's an avid reader, she's read all the classics. And she's so beautiful, like, Angelina beautiful, a little too beautiful. It's freaking me out.''

And Courtney approves of her daughter's engagement to The Eeries rocker Isaiah Silva.

She told Britain's Grazia magazine: ''He looks like Kurt right? He's a saint because she's a handful and I've no idea where she gets that from.''