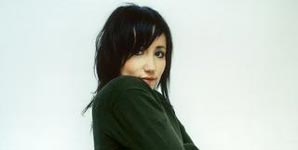 A musical craftsman with a laid back approach that is more retro than any band who can stick tattoos all over their body and play Zeppelin riffs, is what strikes you immediately about the authentic approach of Ed Harcourt. The dazzling lights seemed out of place, as Ed's music had a noire element that meant a black and white T.V. was a better forum for him. The last zero with its Aqualung auditioning for the Jools Holland show piano melody, sent a resounding echo out into the venue. Ed's slightly melancholic lyrics but powerful voice struck a chord with many in attendance.

The addition of a throbbing double bass to proceedings for the piercing; 'Silver Bullet' added an extra dimension to the repertoire of this former Snug member. His vocals were reminiscent of the great Tom Waits, for their authoritative and commanding nature. Ed left the stage and left people with much to talk about in their wait for the main act of the evening. They will not be the only ones talking about this songster in the future.

Another songstress that has created much discussion and one well worth talking about is St Andrews singer-songwriter KT Tunstall who tonight graced Manchester with her presence, riding in on a tidal wave of Mercury Music Prize Nominations, top 3 albums and a sell-out tour. Setting off the evening with familiar favourite, "Other Side Of The World," KT made it clear that the success was all worth it, and it was easy to see why she often stands out from her singer-songwriter peers. Her powerful voice and sheer romantic emotion echoed around the room, with a tinge of heartfelt sadness, all of which made it a very warmly received opener. Ed Harcourt returned to the stage to assist with KT's surprise b-side "Girl And The Ghost," which certainly grabbed the ears of the listener with it's excellent musicianship and lyrical bite. The banter flowed as freely as the music, as we were treated to witty anecdotes, stories to songs, and moments of sarcastic humour, the evening was turning into the feel of a poetry reading and comedy night, but this certainly did not detract from the job in hand, the music.

Treating us to a jokey introduction to the next song, about, erm, love between animals, KT broke into "Black Horse And The Cherry Tree" with it's slightly deeper meaning of finding yourself lost on your path and listening to your heart to make choices. This magical deep south blues tinged track was always going to be a winner, and tonight did not disappoint, the chatty style was striking, resembling a flowing conversation between 2 people vocally, and musically, with it's upbeat, easy to dance to nature.

Has anyone been dragged here by their girlfriends? Smirked KT, signifying the way it usually goes, and the time in the show when things may get a little romantic, and we were not wrong.
Prize ballad "Silent Sea" equalled the moving opener, with it's breathtaking emotion and heartfelt melody. Every time I come here, there's always a black metal band on next door, muses KT, and there's these kids with black eyeliner hanging around. For a moment it was as though we may be treated to a tribute to one of these bands, and whilst KT's charming, but twin like split personality leads you to wonder what's coming next, this wasn't to be. Instead the element of surprise was slightly subtler, but equally dazzling, as new track "Dirty Water," was aired, showing a beautiful and darker side to KT, and certainly a positive move for the future, not that she didn't have it already. Closer and catchy favourite "Suddenly I See" was another definite highlight and one charged with electricity. The epic climax of a closer contained the 3rd surprise (at least) of the evening as KT took to the spare drum kit awaiting her and proceeded to crash away as her band accompanied her with tambourines for what was an epic climax to a night full of surprises.