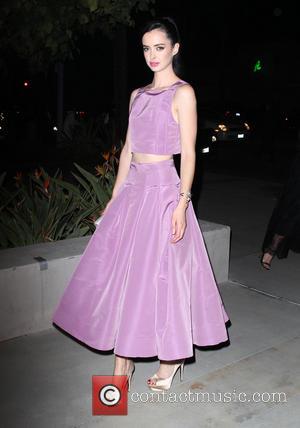 Actress Krysten Ritter is hoping to kickstart 2014 with a new friendship after striking up a conversation with her childhood crush Jared Leto online.

The Breaking Bad star took to her Twitter.com blog in the early hours of Thursday (02Jan14) to praise the actor/rocker for his performance as a HIV-positive transgender woman in Dallas Buyers Club, and she was stunned to receive a response from Leto himself.

The compliment prompted Leto to reply, "Thx (thanks) so much Krysten Xo", to which Ritter wrote back, "@JaredLeto follow me so I can send you my number... it's a new year- i'm being bold".

It is not yet known if Leto reacted to Ritter's invite to give her a call.

The actress has been dating Boardwalk Empire actor Brian Geraghty since 2011.