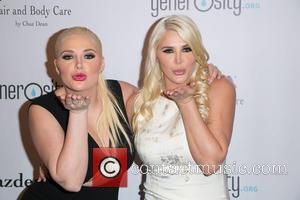 Shannon and her twin sister Karissa, 26, who briefly dated Playboy boss Hugh Hefner and lived with him at the Playboy Mansion, were both injured in the car accident on 12 October (15) and transported to a nearby hospital after emergency service officials cut them out of their vehicle.

Beverly Hills Police Sgt. Max Subin has now revealed Kristina was cited for driving under the influence upon arrival at the hospital.

He says, "We will be submitting our case to the district attorney for possible criminal filing for driving under the influence."

Kristina Shannon is scheduled to appear in court on 12 January (16).