Kristin Scott Thomas admits she thinks of Robert Pattinson as ''the loveliest man''. 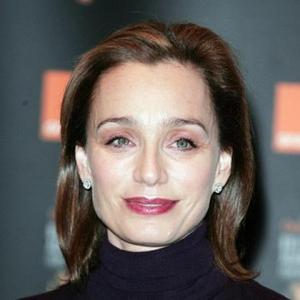 The British actress worked alongside the 'Twilight' hunk on upcoming drama 'Bel Ami', and she admits he was a great acting partner.

Asked if she was involved in the hysteria surrounding the young actor, she said: "No, you wouldn't have known. Robert Pattinson is the loveliest man - he's just so sweet."

However the 50-year-old actress admires plenty of her contemporaries, most of all 'The Office' star Mackenzie Crook, with whom she worked on a stage production of Anton Chekhov's 'The Seagull'.

She told Stylist magazine: "I've been really, really lucky with my acting partners - there are lots - Mark Rylance, Ralph Fiennes, Katherine Parkinson, I'd also love to work with Mackenzie Crook again. He looks so delicate, but at the same time he's got this incredible strength to him - he's got this real power on stage."

The screen beauty also admits she is confused as to why many call her an English rose - as she has spent half her life living in France.

She revealed: "It is very peculiar. I don't think I look particularly English or rosy, so I think it's probably the accent. I'm either described at an 'English rose' or an 'ice Queen'... I think it's an easy way out."