The actress is set to star as the Queen in the West End play.

Kristin Scott Thomas has finally received her long-awaited and very well-deserved Damehood from Queen Elizabeth II at at Buckingham Palace, ahead of her role as the monarch herself in West End stage drama 'The Audience' in which she will star in April. 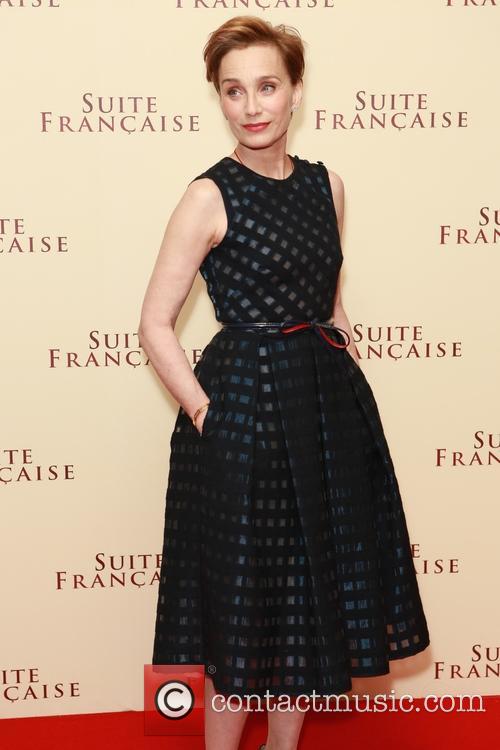 The Academy Award nominated actress became Dame Kristin Scott Thomas for her services to drama this week, and revealed to the Queen herself upon her honour that she is set to play her in upcoming stage show 'The Audience'. 'She asked me what I was doing next, so I had to tell her and she said it would be quite a challenge', the 54-year-old told BBC reporters.

She will join the cast of the Peter Morgan play in April 2015, while her Broadway counterpart Dame Helen Mirren takes over the role in the US, having already won an Olivier award for it in 2013. The play depicts speculative conversation between Her Majesty and various British Prime Ministers throughout her reign.

Kristin Scott Thomas' latest film 'Suite Francaise', about Germany's occupation of France in World War II, is due to hit theaters in the US soon, and also stars Michelle Williams and Margot Robbie. However, she is best known for starring in another War drama; the 1993 romance 'The English Patient' alongside Ralph Fiennes. Dividing her time between England and France, she has also appeared in a string of French movies.

Other recent films from the actress are Israel Horovitz's 'My Old Lady' starring Maggie Smith and gangster thriller 'Only God Forgives' in which she appeared alongside Ryan Gosling. She was also reunited with Ralph Fiennes in 2014 for his directorial debut 'The Invisible Woman'.

Kristin Scott Thomas had already landed an OBE in 2003, as well as being named a Chevalier of the Légion d'honneur in 2005.