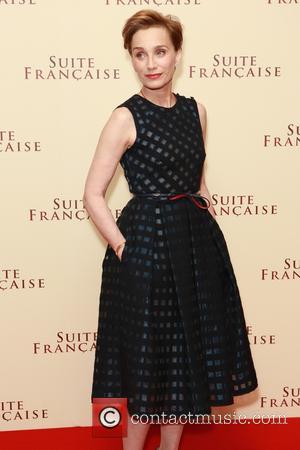 Picture: Kristin Scott Thomas - Shots of the stars of 'Suite Francaise' as they attended the premiere which was held at the Mayfair Hotel in London,...

The veteran star passed away on 5 June (15) following a battle with cancer.

She started her acting career onstage, and later appeared in films such as 1961 thriller The Trunk and TV shows including Richard the Lionheart and Dixon of Dock Green.

Hyem eventually moved into writing, starting with radio plays before branching out into TV. She is best known for her work on acclaimed war drama Tenko in the 1980s, writing 14 of the 30 episodes, while she also penned episodes of Howards' Way, The House of Eliott and Kristin Scott Thomas' 1993 mini-series Body & Soul, which earned Hyem a British Academy of Film and Television Arts (BAFTA) Award nomination.