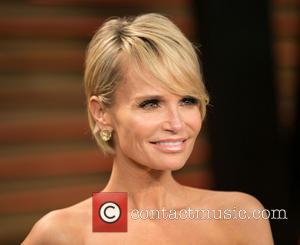 Actress Kristin Chenoweth has been secretly battling asthma for the past 10 years, and fears the 9/11 terrorist attacks could be to blame for her condition.

The Glee star has opened up for the first time about the chronic long-term lung disease she has struggled with for the past decade, and admits she was hesitant to talk about the diagnosis due to her other health woes.

She suffered a frightening on-set accident in 2013, which left her with a concussion and multiple injuries, as well as a bout of Meniere's disease, an inner-ear disorder that can cause vertigo and nausea.

She tells E! News, "I actually was diagnosed 10 years ago as an adult with asthma. Those people who know me, and some of my fans, know that I have an inner ear problem and a neck problem too and I was just like, 'Do I dare talk about having asthma as well?'

"I've re-thought it, and I was very honoured to team up with the Asthma and Allergy Foundation of America. The main focus is just bringing asthma awareness... I just hope I'm an inspiration to people (to get help)."

Chenoweth reveals her mother was the one who first noticed the frequent wheezing and shortness of breath, which led her doctors to come to an interesting conclusion about the origin of her disease.

She explains, "It was shortly after 9/11 and I was in New York during that time. The doctor said that there's a pretty high percentage of people who lived in New York, maybe 1 out of 7 people, who have been diagnosed with asthma since 9/11. I'm not saying that's for sure but we pinpointed it back to that time."

Chenoweth, who is a Broadway veteran, adds that her battle with asthma not only affects her personal life, but her career as well.

"There are times when I've been on Broadway and I've struggled getting my breath and I slink off stage and I scream, 'Give me my inhaler!'"