Actress/singer Kristin Chenoweth Had To Bow Out Of A Performance Of Her Broadway Musical On The Twentieth Century On Tuesday Night (07jul15) After Falling Ill. 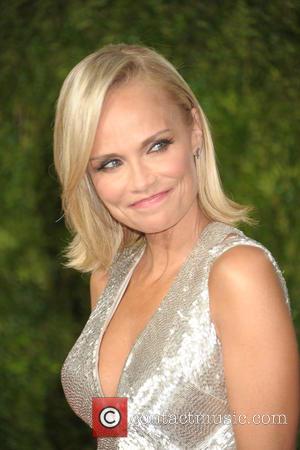 The Wicked star suffers from hearing and balance disorder Meniere's disease and the condition, which can cause episodes of vertigo, tinnitus and hearing loss, left her unable to hit the stage at the American Airlines Theater in New York City this week.

Breaking the news to fans on Twitter.com, she wrote, "Sorry to report Menieres (sic) is rearing its ugly head. I am sorry to miss our show tonight".

Chenoweth has since returned to the microblogging site to reveal she is feeling a little better and will be back in costume for Wednesday's (08Jul15) curtain call - although her performance will be slightly amended as she continues to recover.

She writes, "I'm coming back into (the) show tonight. I won't be looking to the left or laying down flat but I will be there."

It's not the first time Chenoweth has had to sit out performances of On the Twentieth Century - in April (15), doctors placed her on complete vocal rest after she was struck down with bronchitis.