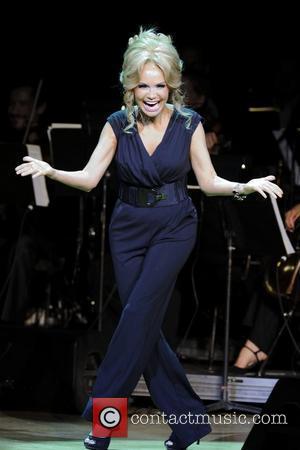 Kristin Chenoweth is the latest actress to be added to the cast of 'The Good Wife', it's been revealed by CBS News, with the Tony and Emmy Award-winning star having been given a recurring role on the drama. The network have claimed that Chenoweth will be playing a "top-of-her-game political reporter" who will be dealing largely with Chris Noth's character Peter Florrick's political campaign and his marriage to Alicia, played by Julianna Margulies. Her character is set to debut in September in the premiere of the fourth season.
A successful drama for Cbs, Chenoweth is nevertheless one of a couple of additions to the formula, after it was previously announced that Maura Tierney and Marc Warren would also be joining the show's cast in recurring roles for the new run.
Chenoweth's pedigree as an actress is second to none, having initially made her way up through Broadway, which saw her win a Tony in 1999 for her performance in 'You're A Good Man, Charlie Brown'. She's never left the stage fully either, gaining plaudits for appearing in the play 'Promises, Promises' as recently as last year. Her career on TV has been no less distinguished however, with her starring role in the show 'Pushing Up Daisies' seeing her take home a 2009 Emmy Award for Outstanding Supporting Actress in a Comedy Series.