Kristin Cavallari's wedding was ''all about the lighting and the candles,'' which helped create exactly the right atmosphere for her perfect day. 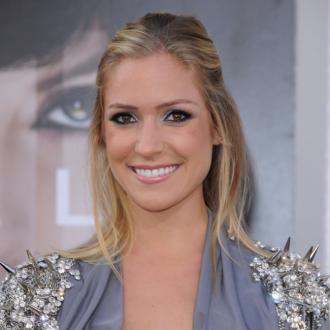 Kristin Cavallari's wedding was ''all about the lighting and the candles''.

The former 'The Hills' star wed NFL player Jay Cutler in a small ceremony in Nashville on Saturday (15.06.13), and said she didn't need it to be a lavish affair to be perfect.

She told People magazine: ''The flowers and everything were very simple but it was very warm and cozy.

''It was all about the lighting and the candles and the atmosphere was just so warm. It was absolutely perfect.''

While the bride was undoubtedly the apple of every guest's eye, the couple's 10-month-old son, Camden Jack, was the cutest member of the congregation.

Kristin added: ''We had two flower girls so one of them pulled him and our nephew in a wagon, and the other flower girl was throwing rose petals behind.

''I obviously didn't get to see it, but everyone thought it was just the cutest thing. I can't wait to see pictures.''

After the ceremony at the city's Woodmont Christian Church a reception - complete with a Southern U.S. banquet and Motown band - was held nearby.

The reality star was exhausted after the big day, but both she and Jay they are both very excited to start settling into married life.

She added: ''We were both just like, 'I can't believe we did it!' Especially Jay, because he's never worn a ring before. It's going to take some getting used to.''