Kristin Cavallari has split from her husband Jay Cutler, after seven years of marriage and 10 years together. 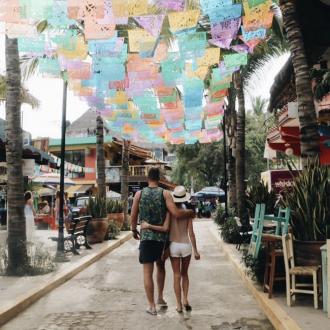 Kristin Cavallari has split from her husband Jay Cutler.

The 'Hills' star announced on Instagram on Sunday (26.04.20) she is separating from her husband Jay - with whom she has Camden, seven, Jaxon, five, and Saylor, four - after 10 years together.

She wrote: ''With great sadness, after 10 years together we have come to a loving conclusion to get a divorce. We have nothing but love and respect for one another and are deeply grateful for the years shared, memories made, and the children we are so proud of. This is just the situation of two people growing apart. We ask everyone to respect our privacy as we navigate this difficult time within our family. (sic)''

As of the time of writing, Jay - who married Kristin in 2013 - has not commented publicly on the news.

However, just one month ago, the 36-year-old former American football quarterback revealed he ''basically blacked out'' when he proposed to the 'Very Cavallari' star.

Jay also said he couldn't remember asking the 33-year-old star's father for permission to marry her, but does recall it being ''rough''.

He added: ''Asking permission from Kristin's dad, that is rough. I mean, he said yes. It's fine, but just the buildup is like - I don't remember that either.''

Meanwhile, Kristin previously claimed being parents has put extra pressure on their marriage.

She explained: ''Marriage is really hard with kids, kids put stress on a relationship that's just the truth. If you have different parenting styles, it offers a unique set of problems ... My mom always said, you want to be a unified front in front of the kids. You can't be like daddy says it's okay but mommy doesn't. You have to talk about that solo and then come back and be unified front in front of the kids.''