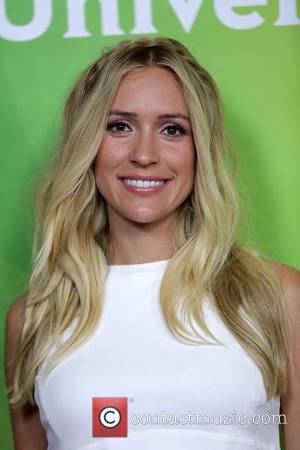 Kristin Cavallari is now a proud mother of two.

The reality TV star gave birth to her second child on Wednesday (May 7th).

Cavallari and her husband, Jay Cutler, are now parents to a healthy son named Jaxon Wyatt.

The 27 year-old shared her happy news via Instagram, in which she posted a photo of a pair of small slippers and a hat.

The Chicago Bears quarterback and the former 'The Hills' star, who married in June 2013, are already parents to a 20-month-old son, Camden.

"I'm lucky," Cavallari told E!News late last year. "Both pregnancies have been really easy for me, I've just been really tired. It's just one of those things where I could literally sleep all day everyday but I'm snapping out of it a little bit now that I'm in the second trimester."

Before knowing the gender of the baby, Cavallari said that having another boy would give Camden "a little buddy and then I'd be the woman of the house."

Now the birth is over the former 'Laguna Beach' star will breathe a sigh of relief, although she described being pregnant as "really easy," Cavallari previously admitted that it made her "feel gross."

MORE: Kristin Cavallari Hates Being Away From Son

In February Kristin told In Touch Weekly magazine: ''You just feel gross. I live in leggings. I need to get it together and maybe put in a little effort to feel better about myself. I've been great, except that I'm really tired. It gets better after the first trimester, but it never really goes away.''

But now Jaxon Wyatt is here, congratulations to the happy couple!