Kristian Nairn has announced he will play no part in 'Game of Thrones' season 5 - but it's not the end for Hodor.

Key characters could be missing from Game of Thrones season 5, according to one of the show's actors. Kristian Nairn, who plays Hodor in the HBO series, told the Australian Broadcasting Channel that he, Isaac Hempstead-Wright - who plays Bran Stark - won't be returning for the next instalment. Kristian Nairn is touring Australia as a DJ [Getty/Jerod Harris]

"We have a season off. We have a year's hiatus," he said. "Solely because, I imagine, our storyline is up to the end of the books. ... So I get a year off now to do Rave of Thrones and gallivant all over the world."

Nevertheless, the news may come as a surprise to some fans given the two characters appeared together in a key scene at the end of season 4.

More: Kristian Nairn was waiting for someone to ask about his sexuality

Hilariously, Nairn, 38, is currently DJ-ing across Australia for his 'Rave of Thrones' tour. Hempstead-Wright has a couple of projects to keep himself occupied and he recently voiced one of the character's in the animated movie The Boxtrolls.

Later in the same interview, Northern-Irish born Nairn took the time to chat about landing the role of giant Hodor, saying, "I'm six foot 10 or six foot 11, so I'm perfect for that role. People say you've only got one line. You either have the hardest job in the show or you have the easiest job. So you have to tread that line between you don't want to do your like (adopts serious expression), you big, huge panto reactions in the background. You have to be so unreal..."

The fifth season of 'Game of Thrones' is currently shooting and will premiere sometime in early 2015.

More: hidden below the streets are 'The Boxtrolls' [Pictures + Trailer] 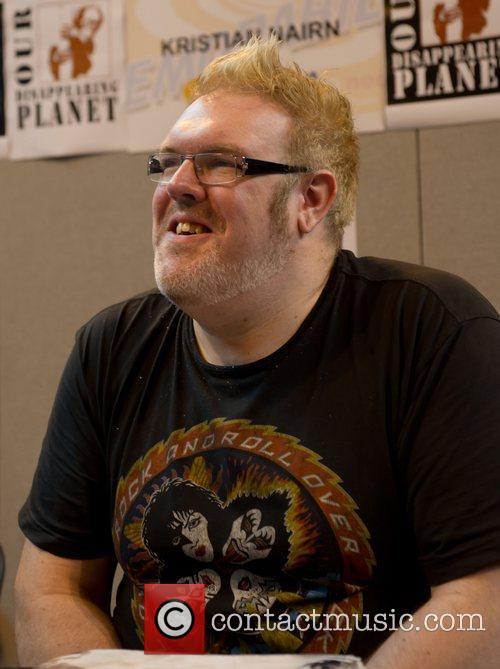