Sugarland Star: 'We Became Famous For A Terrible Thing' 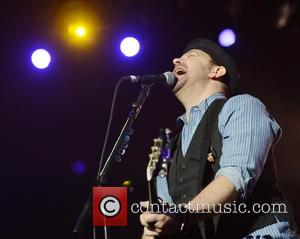 The duo was caught up in a lawsuit filed by the families of the victims, who died when scaffolding collapsed as a sudden storm swept through the site minutes before Sugarland were set to hit the stage.

The matter has just been settled with the defendants splitting a $39 million (GB26 million) pay-out, and now Bush can talk about the tragedy for the first time.

He tells Rolling Stone, "I wasn't able to contact anyone who got hurt. We were famous for a terrible thing, and we couldn't talk about it."

Bush insists you can hear the relief following the end of the legal battle on his new solo album, Southern Gravity, adding, "You can hear it as sunshine into a cave. It's been dark in there for a long time."

Sugarland Star: 'We Became Famous For A Terrible Thing'