The pair’s secret Lifetime movie is not so secret anymore.

The saga of Kristen Wiig and Will Ferrell’s hush-hush Lifetime project could be a movie in itself, but at long last the secret is now officially out, as a giant billboard promoting the movie has appeared in Hollywood. Yes A Deadly Adoption is most definitely happening and we don’t have long to wait for it, as the film is coming to Lifetime on June 20th! 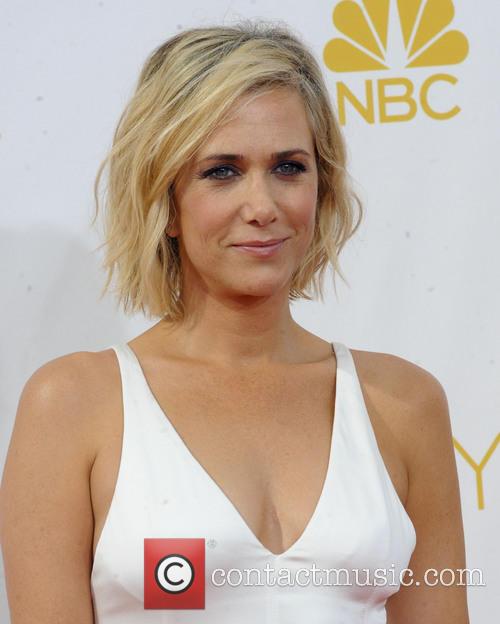 Wiig stars opposite Will Ferrell in A Deadly Adoption.

The film is a spoof of the usual Lifetime movie and stars the two ‘SNL’ alumni as a married couple who take in a pregnant woman (played by ‘90210’s' Jessica Lowndes) with the intention of adopting her unborn baby. Of course things don’t go according to plan for the couple and we can only imagine what’s in store for Wiig and Ferrell.

The project was first reported to be happening in April and some were so thrilled/confused by the idea that they even believed it to be an April Fools prank. But a day after the news broke Will Ferrell released a statement to EW saying the project was now off.

More: Will Ferrell And Kristen Wiig Are Reportedly Teaming Up For Lifetime Movie 'A Deadly Adoption’

"We are deeply disappointed that our planned top secret project was made public. Kristen and I have decided it is in the best interest for everyone to forego the project entirely, and we thank Lifetime and all the people who were ready to help us make this film," the statement read.

So excited for you to see my new project!!! JUNE 20th folks #Repost @hollywoodreporter ・・・ This is kind of a big deal. Forget everything you think you know about #Lifetime movies: #WillFerrell and #KristenWiig star in A Deadly Adoption on the network on June 20. Yes, that is a real sentence about something that is actually happening. Read all about the insanity on THR.com.

But that Will Ferrell sure is as sneaky one, as according to The Hollywood Reporter, the movie had already been filmed when the story broke and the actor was just trying to throw everyone off the scent.

Ferrell is said to be a huge fan of Lifetime movies and had always wanted to make one himself. So to celebrate the 25th anniversary of the genre the comedian and his producing partner Adam McKay's made the film under their Gary Sanchez Productions banner.

The two-hour film will air on Lifetime, June 2 at 8:30 p.m and is directed by Rachel Lee Goldenberg, with a script from 'The Spoils of Babylon' writer Andrew Steele.