'Bridesmaids' actress Kristen Wiig considers herself married to long term partner Brian Petsos but insists she has no plans to legally wed. 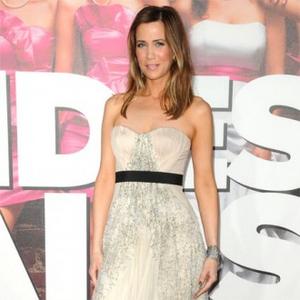 The 37-year-old star - who was previously married to actor Hayes Hargrove - is happy in her relationship with Brian Petsos and would love to have children one day but has ruled out walking down the aisle again.

She said: "Marriage, probably not. I've been in a relationship for years now and we consider ourselves married but I don't see the need for an actual wedding.

Kristen wrote and stars in new comedy 'Bridesmaids' and felt it was important to make a movie that reflects the issues facing women in their 30s.

She explained to Stylist magazine: "I wanted to do something about this chapter because when you're in your 20s you don't have to decide on anything almost.

"But in your 30s, I feel there's so much pressure, especially for women, to declare what their life's going to be and what their career is and are you married yet? Are you single? But you're 30.

"And girlfriends are so important. You can have a boyfriend or husband when you're 30 but you still need your girlfriends."