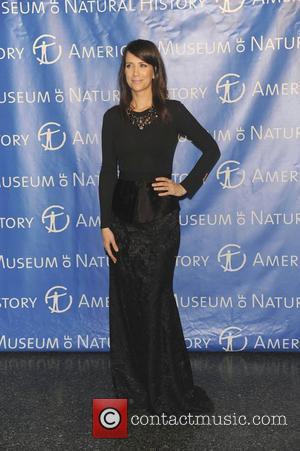 Kristen Wiig, the American comedienne best known for getting laughs on Saturday Night Live, has stunned fans by appearing in a sizzling new lingerie shoot for GQ magazine. Bizarrely, the Bridesmaids star was named 'Bro and the Year' in the magazine's Men of the Year issue.
According to US Weekly Magazine, the 38-year-old poses in revealing black lingerie and stiletto heels in her first photo shoot of the kind. Friend and Bridesmaids co-star Jon Hamm also appears in the issue and explains how Wigg can "go to the craziest, most grotesque places on the planet", while she's in character. The Mad Men actor revealed, "The first time I noticed her was watching the Snl sketch Lady Business. Kristen's line was, I'm a bitch in the boardroom, a bore in the bedroom, and I'm a bear on the toilet, which she delivered with over-the-top seriousness.I thought, 'My God, this girl is funny". First making her name in the Los Angeles comedy troupe The Groundlings, Kristen has since gone on to star in numerous television series and movies, including Flight of the Conchords, Adventureland, Paul, MacGruber and of course, Bridesmaids. The latter, also written by Wiig, was met with critical acclaim and emerged as a surprise box office success earlier this year, taking almost $300 million worldwide.
Hamm recalled his and Wiig's 'bedroom scene' in Bridesmaids, one of the movie's standout moments, saying, "Our embarrassment coupled with everyone else's exhaustion lent that scene a particularly awkward sensibility.But it was inspiring to watch Kristen quarterback the team, be the cheerleader and decision maker, and then get in front of the camera and be hilarious". The duo both star in the forthcoming independent comedy 'Friends with Kids', slated for release in Spring 2012.