Kristen Wiig is in negotiations to work on a new action comedy movie from the writers of 'The Descendants'. 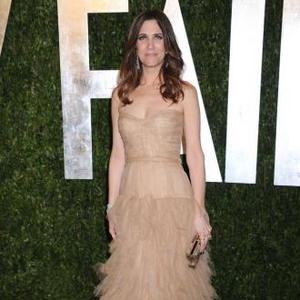 Kristen Wiig is set to star in a new action comedy movie.

The 'Bridesmaids' star is teaming up with Nat Faxon and Jim Rash - who won an Oscar for their work on 'The Descendants' on Sunday (26.02.12) - to play the lead role in the film.

Although specific details about The Script are not known, Variety reports a number of studios were interested in the project.

Kristen will next be seen in comedy 'Friends with Kids' which sees her reunite with 'Bridesmaids' stars Chris O'Dowd, Maya Rudolph and John Hamm, in addition to her regular work on TV show 'Saturday Night Live'.

She is also taking a lead role in 'Imogene' - about a playwright who tries to kill herself to win back her ex only to end up in the custody of her gambling-addict mother - alongside 'Glee' hunk Darren Criss and Annette Bening, which is due for release this year.

Kristen was nominated for 'Best Original Screenplay' for writing 'Bridesmaids' alongside Annie Mumolo, and despite losing out to Woody Allen's 'Midnight In Paris', the comedy star admitted she was delighted to have been noticed.

She said: ''It's very exciting and shocking and overwhelming and we're very grateful and happy to be here.''