Kristen Wiig had to buy a 'How to' guide to scriptwriting before penning 'Bridesmaids'. 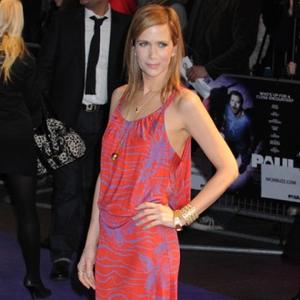 Kristen Wiig had to buy a screenwriting guide before penning 'Bridesmaids'.

The 'Saturday Night Live' star was thrilled when Judd Apatow offered to make a movie if she wrote a script - but "freaked out" when she realised she had no idea what she was doing.

She said: "I said yes to Judd really quickly then hung up and completely freaked out. But he was cool about it, he just said, 'Pitch me some ideas and we'll figure it out.'

"So I flew out from New York to Annie [Mumolo] in Los Angeles and we wrote The Script in six days.

"We didn't know what we were doing, we bought a screenwriting book, a guide to how to do it, like Screenwriting 101.

"We didn't know how to write stage directions or anything so we were, ' Oh put "Cut to." there.' We pt "Cut to" on everything actually."

Despite Kristen and her co-writer Annie's quick first attempt, they managed to impress Judd and several aspects from their first draft made it into the finished film.

Kristen added: "Judd was like, 'What, you've finished?' It needed a lot of work but there were some things that made it in - all of the characters and the engagement party speeches and the wedding shower."