Who Took The Photos Of Kristen Stewart And Rupert Sanders? 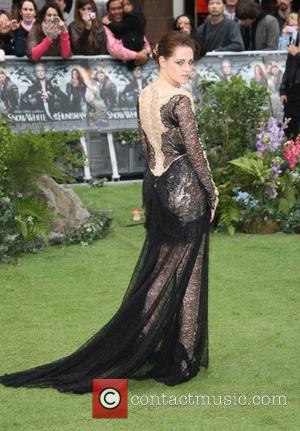 As Robert Pattinson hits the bar with friends, and Kristen Stewart contemplates life without the British heartthrob, we think it's about time to delve into the details of just how those photographs of Kristen and her director Rupert Sanders became public property.
Last month, as news of Stewart's affair with Sanders broke, most Twilight fans batted away the story as another piece of gossip on a slow news day. However, photographs of the actress in an intimate clinch with the filmmaker began surfacing online, followed by more, and more, and more. Within hours, fans of the actress were looking on in disbelief as Stewart canoodled with Sanders in the back of her Mini Cooper. The images were taken by paparazzi working for FameFlyNet - an agency that secured a huge pay-day off the back of them, according to Fox News. The photographs fetched "at least $250,000, maybe $300,000 on the high end", according to one expert, however, FameFlyNet are unlikely to see the cash just yet. Randy Bauer, owner of one of the world's top paparazzi agencies Bauer-Griffin, explained, "If it's an assignment, there's not really a mega-money negotiation in advance (with the magazine.There's an understanding that the photo agency or the photographer will have the back end sales of the pictures worldwide, and that's where they'll make their money, in exchange for the information (the magazine gives them about the stars' location)". According to Bauer, FameFly were on an assignment for US Weekly magazine, who had been tipped off that Stewart was having an affair with Sanders. He added, "For a story of this magnitude, with that kind of information, I would think that (the magazine) would want to dedicate at least a week.Sometimes the pay (for a photographer) wouldn't be anything more than (a day rate). But then the magazine uses the tactic of, 'Well, yes, we're giving you a relatively small amount of money for such a big story, but you're going to make several hundred thousand dollars in your other markets".
Scott Cosman, the owner of FameFly told the Los Angeles Times that a lone photographer had been trailing Stewart as she met Sanders in her Mini Cooper on July 17. The snapper didn't recognize Sanders, but knew immediately that the British director was not her boyfriend. The photographer called for backup, and three other snappers arrived at Pacific View Trail, a street in Los Angeles near the Hollywood sign.