Stewart And Pattinson Moving In Together? 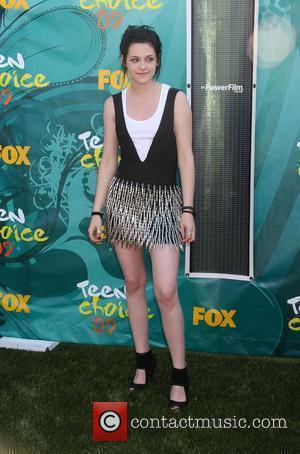 TWILIGHT stars Kristen Stewart and Robert Pattinson will struggle to deny their relationship for much longer if latest reports are true - they are said to be moving in together.
Pattinson and screen beauty Stewart have been at the centre of speculation they are dating in real life since the release of the vampire blockbuster last year, but both have constantly denied the allegations.
New Weekly claims the pair - who were snapped kissing at a Kings of Leon concert earlier this month (Aug09) - are now ready to take the next step in their relationship and are on the hunt for a home.
They are reportedly now sharing a hotel suite together as a trial run, and plan to get their own place once they have finished filming the third Twilight movie, Eclipse, in Vancouver, Canada.
Gordon Rael, a friend of the pair, tells NW, "It was only a matter of time. They're a perfect match on and off screen, so they are right to trust their instincts and give this a proper shot."
Pattinson's aunt, Diane Nutley, adds: "I still don't know the ins and outs, (but) we're incredibly proud of him."