Snow White And The Huntsman: Will Twilight Fans Want Their Money Back? 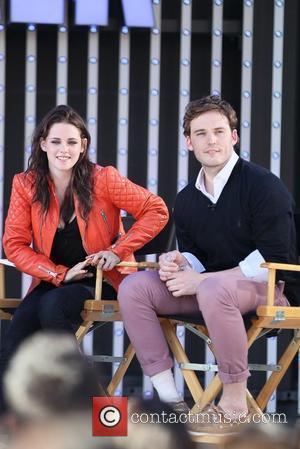 The action-adventure epic 'Snow White and the Huntsman' finally hits cinemas on Friday (June 1, 2012), with Kristen Stewart playing a fearless warrior out to destroy the evil queen, played by Charlize Theron. Director RUPERT SANDERS has certainly given the original Grimms fairy-tale an overhaul, but does it work?

Early reviews of the movie have left plenty to be desired, with the Village Voice's Nick Pinkerton musing, "A film that's considerably longer than it needs be, in which the evocative eloquence of storybook pictures is consistently garbled by the need to overexplain and psychoanalyze". Tom Huddleston of Time Out magazine has been perhaps the most scathing of the early critics, saying, "Witless, heartless and dull. Even the Twi-hards are going to want their money back". If that prediction is accurate, it will be a huge blow for Universal Pictures, who cast Kristen Stewart in the lead role in a bid to capitalize on the massive success of the final Twilight movies. Her recent appearance in the hugely anticipated 'On the Road' also received average reviews, though her boyfriend Robert Pattinson was praised for his post-Twilight role in David Cronenberg's 'Cosmopolis'. The box-office success of 'Snow White and the Huntsman' will no doubt indicate how well audiences take to Stewart as a leading lady.

The movie certainly has star power, with Chris Hemsworth also involved, and reviews haven't all been bad. The respected Empire magazine said, "A strong visual style tussles with flaccid storytelling in this ambitious retelling of Grimm".