Robert Pattinson has difficulty connecting to the ''crazy'' fans of 'The Twilight Saga' but enjoys ''participating'' in the pandemonium the series causes. 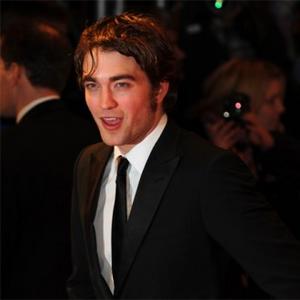 Robert Pattinson "can't connect" to fans of 'The Twilight Saga'.

The 24-year-old actor - who plays vampire Edward Cullen in the movie series - admits the huge following the films have amassed is still a mystery to him, but he enjoys the attention it brings.

He said: "We've been sort of central to the whole thing since the beginning.

"It started, really, when no one knew anything about it. I still, to this day, can't really connect to the craziness, and it's a great position to be in.

"You walk in a room and everybody's screaming and it's not really about you, so it never really goes to your head. You can kind of participate in it."

Robert's co-star Kristen Stewart - who plays his love interest Bella Swan in the novel-to-movie adaptations - admits being involved in the 'Twilight' phenomenon is a once in a lifetime experience.

Speaking on 'The Oprah Winfrey Show', she said: "This means a lot to you guys, and it's the same deal for me. Most people's favourite book is not part of their lives. It's never going to happen again."

The third instalment of the franchise - 'Eclipse', directed by David Slade - is due for release in the US on June 30 and the rest of the world in July.