Robert Pattinson and Kristen Stewart secretly checked into a hotel with their two dogs last week in order to spend some quality time together. 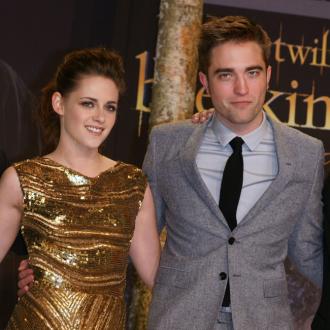 UPDATE: So Kristen Stewart and Robert Pattinson probably aren't getting back together after all, considering they sold their former L.A love nest to The Big Bang Theorie's Jim Parsons.

Robert Pattinson and Kristen Stewart secretly checked into a hotel with their two dogs last week.

The 'Twilight' hunk and the 'On The Road' actress, who split in May after four years together, whisked their pet pooches Bear and Bernie to the plush Viceroy hotel in Palm Springs, California, for a few nights in order to spend some quality time together.

A source told The Sun newspaper: ''They snuck away to one of their favourite hide-outs for a couple of nights. Both left their houses in LA under cover of darkness and Rob brought their two dogs as well. They're not back together yet but they desperately miss each other.

''Kristen still loves him and the ball is in his court. She drives him crazy but at the same time he can't seem to break things off.''

The duo called off their relationship after they struggled to get past the 23-year-old actress' illicit affair with her 'Snow White and the Huntsman' director Rupert Sanders in July 2012.

However, the 27-year-old actor can't seem to let go of his ex-girlfriend, despite being linked to Sean Penn's daughter Dylan Penn, and also enjoying a brief romance with Riley Keough earlier this year.

The source explained: ''Rob and Dylan are over. When push came to shove they didn't really have much chemistry.

''Rob's been on a couple of dates since but he misses the comfort of being with Kristen who's known him since before he was a big star.''