Robert Pattinson and Kristen Stewart's final Twilight movie picked up seven awards at the Razzies, the cynical precursor to the Oscars

Picture: Kristen Stewart and Daniel Radcliffe present during the live ABC telecast of The Oscars from the Dolby Theatre in Hollywood

The night before Hollywood got glammed up in back-patting mode at the Oscars, the annual Razzies ceremony – an antidote to the self-congratulatory narcissism of the Oscars – took a more cynical look at the big movies of the last 12 months. Robert Pattinson and Kristen Stewart’s Twilight – Breaking Dawn Part 2 was the big winner (well, loser) of the evening, landing seven of the awards.

Kristen Stewart ‘won’ Worst Actress though we’re unclear as to whether or not this had anything to do with her sporting a pair of crutches at the Oscars the next evening. She told Anne Hathaway that she’d trodden on glass, but the sight of her hobbling around in her Oscars gown will certainly bump up the sympathy levels. Stewart’s co-star Taylor Lautner also ‘won’ a Razzie for his performance in the final Twilight movie and although Robert Pattinson didn’t quite get his name engraved on one of the awards, as such, the movie still landed the ‘Worst Screen Ensemble’ award, Reuters reports.

Rihanna also got a pasting, for her role in the frankly terrible ‘Battleship’ and of course, the Razzis is simply no longer The Razzies if Adam Sandler doesn’t get a look-in. Last year, he famously took home all ten of the awards. Except no one actually takes the awards home, because naturally, they don’t actually attend the evening of humiliation. The Razzies weren’t done with trying to take down Sandler’s career just yet, though. This year, he landed two golden raspberry statuettes: Worst Actor and Worst Screenplay, for his comedy That’s My Boy. 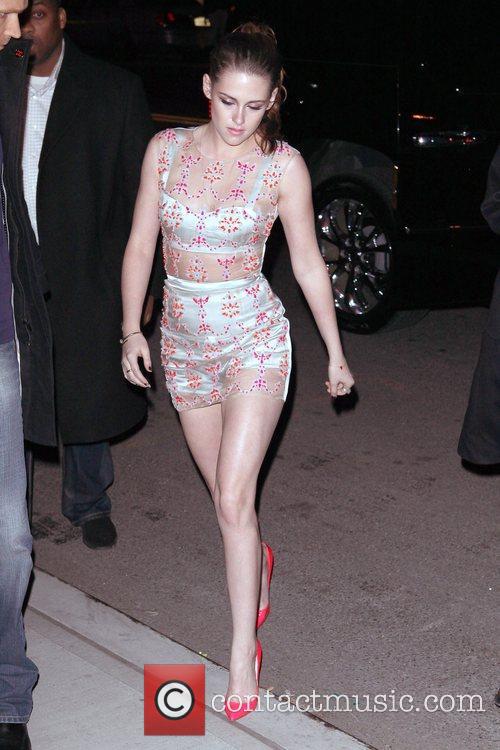