Razzies: The Twilight Saga: Breaking Dawn Part 2, The Worst Film Of The Year

As the world's attention turns to the Oscars, spare a thought for the WORST movies of the year, celebrated this weekend at the annual Razzies awards. Unfortunately for Robert Pattinson, Kristen Stewart and co, it was The Twilight Saga: Breaking Dawn Part 2 that took home the evening's best (or worst) prizes.

Nominated in eleven categories in total, the final movie in the vampire franchise won seven Razzies including Worst Director, Worst Actress for Kristen Stewart and of course the big one, Worst Picture. Taylor Lautner and Mackenzie Foy also took home the award for Worst Couple, in dishonour of the bizarre plot that saw Jacob falling in love with Bella and Edward's new-born daughter.

It turned out to be a rather successful night for Adam Sandler, the undisputed king of the Razzies who won an unprecedented 10 awards at last year's ceremony for the frankly terrible Jack and Jill. This year he took home just the one statuette, for Worst Actor in That's My Boy, which also won the prize for Worst Screenplay. On the unsurprising result, Razzies founder John Wilson said: "I have a pet theory, which is that the box office on 'Twilight' films is very impressive, but my theory is that instead of 40 million individual girls going to see it, it's 8 million girls going to see it five times each. People who love those movies just adore them."

In the five 'Twilight' movies, among the most profitable films ever made, Kristen Stewart stars as teen Bella Swan, who falls for vampire Edward Cullen before finding herself at the center of a love triangle. 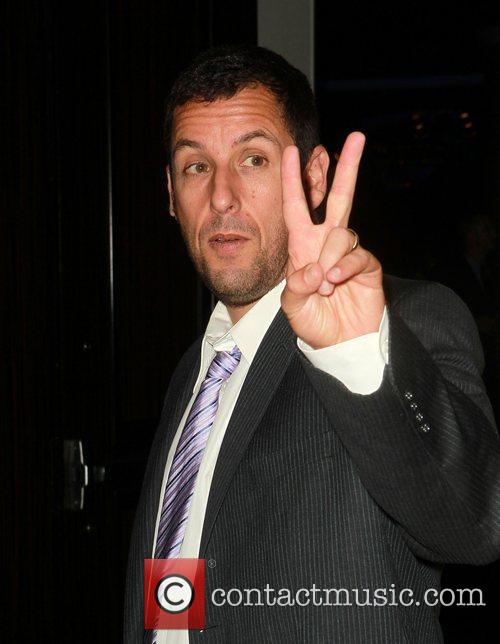