Kristen Stewart's bodyguard JB has his own fan site which has been set up by 'Twilight' fans who love the '''HBG' - Hottie Bodyguard''. 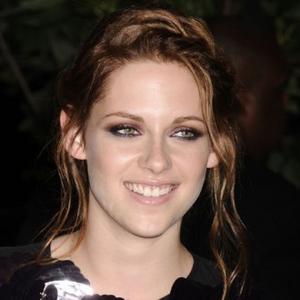 Kristen Stewart's bodyguard has his own fan site.

The actress was forced to hire a minder to protect her from 'Twihards' - the name given to fans obsessed with the 'Twilight Saga' books and film franchise in which Kristen stars as Bella Swan - and he has now developed a cult following of his own.

Kristen explained: "The big jump for me, I guess was having security. And I mean going everywhere with you, just a big guy standing next to me the whole time. JB is his name - that's my guy. And he would kill me for saying this, but even he has a goddamn fan site. All these girls have identified him and now he's known as 'HBG' - Hottie Bodyguard."

Although it took her a little while to get used to, Kristen is now grateful to have JB around because some of the more obsessive 'Twilight' fans are "crazy".

She told the UK edition of GQ magazine: "People are crazy. Everyone does what they have to do to protect themselves, but it would be fake for me to sit here and say people are not crazy. I'm sure lots of people shy away from this question as they want to make sure they look 100 per cent appreciative all the time and that everything is the most amazing thing always . But at the end of the line, people are f***ing crazy! I would have been very happy just working from job to job, paying my rent one movie at a time. I never wanted to be this famous. I never imagined this life for myself."