Kristen Stewart and Robert Pattinson had been planning a baby together before she was caught cheating on him and now the actress fears they will never start a family. 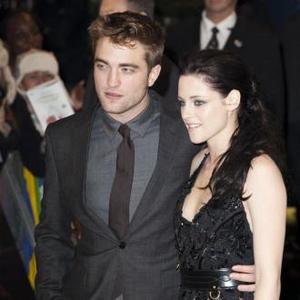 Kristen Stewart and Robert Pattinson had been planning to have a baby together before she was caught cheating on him.

The 22-year-old actress and the 26-year-old actor - who have been together for four years - had reportedly been talking about starting a family before she wrecked their plans by having a fling with her married 'Snow White and the Huntsman' director Rupert Sanders.

A source close to the pair - who met on the set of the first 'Twilight Saga' movie - said: ''They had been talking about having a baby together once 'Twilight' ended, which is what makes this so extra-painful. Kristen knew how badly Rob wanted to start a family, and it was a subject that had dominated their conversations in recent months.

''Rob would be a great father, and having a baby would probably have brought them even closer together.''

Although Kristen and Rob have not released a statement on the future of their relationship, Kristen fears there is no way back for them and their baby dreams are over.

The source continued to The National Enquirer magazine: ''Kristen fears she'll never have the chance to get Rob back, and that their baby dreams are now totally shattered. Kristen feels so terrible, this is truly a nightmare for her, but there's nothing she can do to turn back time.

''If Rob takes her back at this point it will be a miracle, but she knows she only has herself to blame.''

Kristen admitted she had cheated on Robert with Rupert - who has two children, Skyla, seven, and five-year-old Tennyson, with wife Liberty Ross - after pictures emerged of them kissing in a car and released a statement saying how sorry she was.