Kristen Stewart To Star In Lie Down In Darkness

Kristen Stewart will star in 'Lie Down In Darkness' which tells the story of beautiful Peyton Loftis whose mother is jealous of her and whose father harbours incestuous feelings towards her. 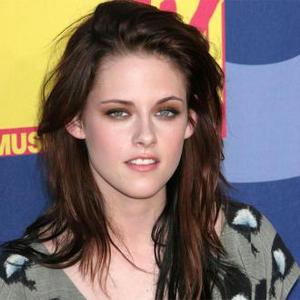 Kristen Stewart will star in 'Lie Down In Darkness'.

The 'Snow White and the Huntsman' actress will take on the lead role in the indie adaptation of William Styron's 1951 novel of the same name, according to Vulture.com.

Kristen, 22, will play Peyton Loftis, whose her mother is jealous of her beauty while her father harbours incestuous feelings towards her.

She is also constantly compared to her crippled sister.

Meanwhile, the future of Kristen's 'Snow White and the Huntsman 2' is in doubt following her fling with director Rupert Sanders.

The filmmaker's wife Liberty Ross has reportedly banned him from taking part in the planned sequel and the whole project has been compromised.

A source said: ''Liberty let it be known in no uncertain terms that Rupert can't direct the sequel to 'Snow White and the Huntsman'.

''They are trying to work things out after he was caught having an affair, and that is one of the sticking points. She just doesn't want him to ever work with Kristen again.

''Rupert is obviously disappointed because 'Snow White and the Huntsman' was his directorial debut, and he had hoped on building on that with a follow-up after some decent reviews.

''But he knows his actions were inexcusable, and he's going to have to bite the bullet and listen to his wife on this one.''