Kristen Stewart has shot a high-profile ad campaign for Chanel with Karl Lagerfeld. 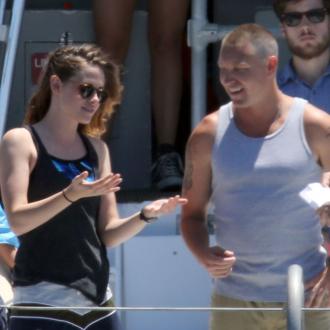 Kristen Stewart is the new face of Chanel.

The 'Twilight' actress has already shot an ad campaign with creative director Karl Lagerfeld, which is set for release in 2014, Vogue magazine has confirmed.

The star also showed her support for Karl by flying out to Dallas by private jet at his glamorous COCO CHANEL Métiers d'Art Fashion Show yesterday (10.12.13).

A source told HollywoodLife.com: ''Kristen is a huge fan of Mr. Lagerfeld and was honored to be invited to such an extraordinary fashion event. She loves his style and quirky sense of humour. He gets her and she loves him for that.''

This will mark the second modelling job for the 23-year-old actress, who is already the face of Balenciaga fragrances.

Kristen was joined by the likes of 'War of the Worlds' actress Dakota Fanning and It-girl Alexa Chung at the high profile event, where Karl screened his short film 'The Return' and showcased art deco architecture.

The designer's film, starring Geraldine Chaplin, is set in 1950s France and is based on the life of Chanel founder Coco Chanel.

Karl - who shoots all his adverts himself - has got the seal of approval from Kristen, who previously said she would front a make-up brand and was only interested in luxury campaigns.

She said: ''I would never work with people who aren't really creative and aren't committed to what they do.''