Kristen Stewart has revealed the sex scene between her and Robert Pattinson in 'The Twilight Saga: Breaking Dawn Part 1' film had all the ''thrusting'' edited out because of its rating. 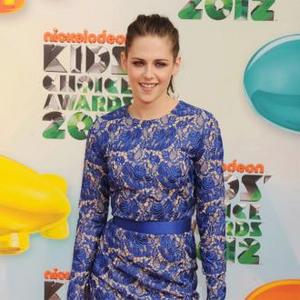 Kristen Stewart has revealed ''thrusting'' was a problem in the sex scene in 'The Twilight Saga: Breaking Dawn Part 1' film.

In the fourth film in the movie franchise, Kristen's character Bella Swan and her vampire lover Edward Cullen (Robert Pattinson) finally consummate their relationship after marrying but the actress insists the scenes they shot were heavily edited because the censors had to make it acceptable for younger film goers because of the required rating.

During an appearance on 'The Graham Norton Show', Kristen - who is dating Robert in real life - said: ''(The scene) is a bit full on, but it's edited. I see scenes and think. 'Why is music playing over that? I was definitely making sounds and it could be so sexy and it's not.'

''The ratings board breaks it down so technically and apparently thrusting is a huge problem for the children.''

The 22-year-old starlet can next be seen in fantasy film 'Snow White and the Huntsman' in which she stars opposite Charlize Theron and Chris Hemsworth.

During shooting, Kristen was worried that she had hit Chris too hard during a fight scene and left him with a bad bruise.

She revealed: ''He's a huge sex symbol so he needed a bit of roughing up! It wasn't too bad, I left a mark but he was able to keep working. I punched him right out of his close up. It's funny now but when it happened I thought, I have just ruined the movie and I love this thing and we are going to have to stop filming.' ''