Kristen Stewart has revealed double-Oscar winner Jodie Foster - who she starred with in the 2002 movie 'Panic Room' - has had a huge influence on her career. 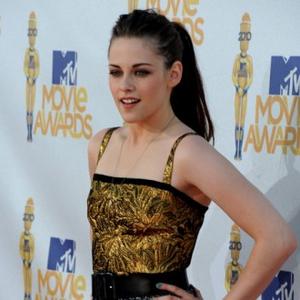 The 'Twilight' star appeared in the movie 'Panic Room' when she was just 12 and she admits the double-Oscar winner has had a huge influence on her career.

She said: "One of my favourite actresses is Jodie Foster. I think this has a lot to do with me starring in my first movie with her. I watched her a lot on set. Jodie is not the kind of person to give advice, but she was definitely a strong influence on me."

Kristen's influences don't only come from her professional peers, she also is a huge music fan and admits her favourite artists have had an effect on her.

She added: "I'm a bit of an old soul when it comes to my musical tastes. My all-time favourite song is 'Madame George' by Van Morrison. That song never gets old to me. There's something comforting and raw about it."