Kristen Stewart Tells Paparazzo: "You Don't Deserve To Breathe The Same Air I Do"

Kristen Stewart has been caught on camera swearing at a paparazzo in L.A. The 23-year-old Twilight actress told the cameraman "you don't deserve to breathe the same air I do".

Kristen Stewart told a paparazzo he was "a piece of sh*t" who didn't "deserve to breathe the same air". The footage, which has since been leaked to TMZ, shows a different side to the Stewart. However, the video is clearly edited and only shows Stewart's reaction as opposed to the paparazzo's, probably inappropriate, questions. The footage starts with, presumably, one of Stewart's minions waiting outside a L.A. building, where Stewart is hiding behind a gate and is obscured by its mesh. The paparazzo asks Stewart "why are you saying f**k off?" to which Stewart replies "because you're a piece of sh*t". She continues making friends by saying "you don't deserve to breathe the same air I do". She continued to insult the paparazzo before confirming her identity by leaving the safety of the gate to enter a car.

The paparazzo continues filming and takes the abuse in a good natured way, merely continuing to ask questions to the irate Twilight actress. However, he doesn't seem to have helped matters or calmed down the cranky 23-year-old who appeared in a distinctly bad mood as she flounced into the waiting car. The camera man also made reference to her former relationship with Twilight co-star Robert Pattinson which is, understandable, a sore point for the actress.

It's difficult to blame Stewart as she is constantly harassed by the paparazzi. The video is also edited and cuts in at the moment Stewart starts shouting, as such it is difficult to ascertain exactly what the paparazzo said which so irritated her. 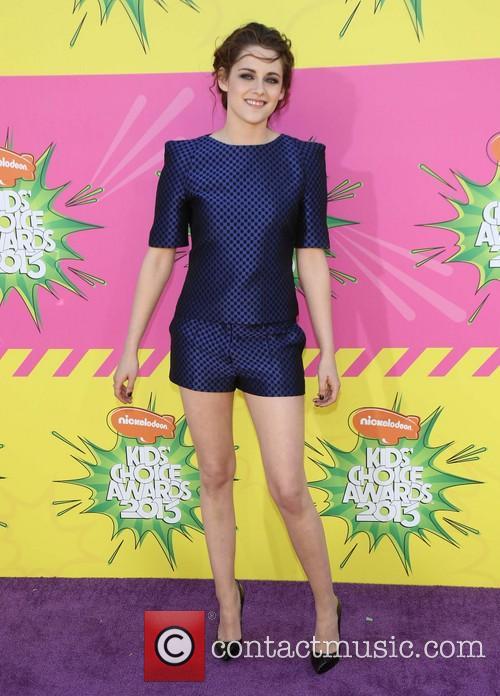 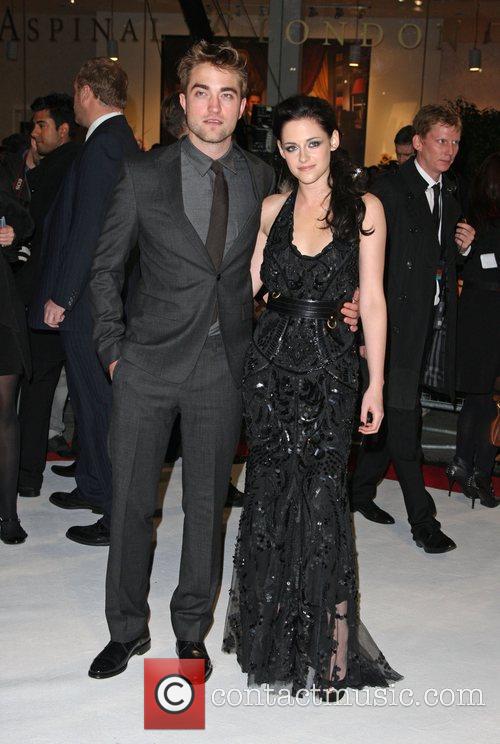 Robert Pattinson and Kristen Stewart at the London premiere of The Twilight Saga: Breaking Dawn - Part 1.