Kristen Stewart says she has ''finally managed'' to be at ease with the media as she's learned to ''give herself'' to life. 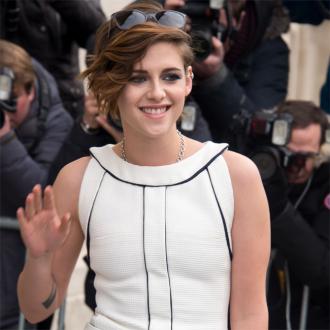 Kristen Stewart has ''finally managed'' to be at ease with the media.

The 'Twilight' actress has insisted she has developed herself to improve her relationship with the press after learning to ''give herself'' to life.

She said: ''[I've] come out the other end not hardened, but strong.

''At one point, you just let go and give yourself to your life. I have finally managed that.''

The 25-year-old actress also opened up about being ''constantly anxious'' when she wasn't in control.

She added to Marie Claire magazine: ''Between ages 15 and 20, it was really intense. I was constantly anxious. I was kind of a control freak.

''If I didn't know how something was going to turn out, I would make myself ill, or just be locked up or inhibited in a way that was really debilitating.''

She shared: ''I feel like if I smiled for a paparazzi photo - not that I ever would - that's exactly what people would be desecrating me for.